Pony races are categorized together, even though they may have vastly different appearances or abilities, as they are all capable of creating fertile offspring with each other (the only exception are wisp ponies). They tend to take up the vast majority of population in universes (alongside Dragons), although their culture is not at all unified (in contrast to Dragons).

Click on the image or race name to view more in-depth information. 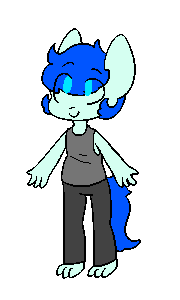 Stalwart, grounded, and dedicated, base ponies may seem unimpressive at first glance. Underneath their calm and stoic exteriors is an immense font of magic, capable of channeling immense amount of it through physical motion. Most of the time, this great skill is used during great fits of dancing and celeberation out in open fields, which revitalizes the local flora and encourages its growth, allowing for large-scale food production.

Though there are a few other races capable of communicating with plants, none are quite so adept or used to it as base ponies. They consider flora to be their closests allies, and most are carnivores by choice, refusing to willingly consume plant matter if able. Many feel that if their living quarters aren't drowning in potted plants, they're not really "alive".

In general, base ponies don't mind that the other races eat plants. They themselves just don't want to. 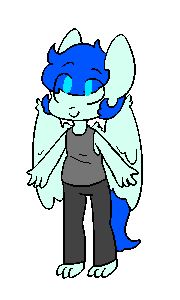 Militaristic and judgmental, pegasi see themselves as the supreme of the pony races due to their ability to fly. Indeed, most of their culture hinges around flight - with dozens of flying-related festivals, buildings with only roof access, and constant depictions of wings and lean bodies. Pegasi who cannot fly or struggle to fly are generally ostracized from their communities socially - not to say the least of the numerous handicaps in getting around pegasi-centric cities or neighborhoods.

Despite their propensity for violence and threats, they are not much of fighters - with light bones and small frames, they rely solely on finesse and maneuverability to survive.

They have a begruding respect for other flying races, and semi-willingly share cloud-cities and weather control work with them. The xenophobia still runs strong, however, and many pegasi in co-species cities will flock together in a district or two. 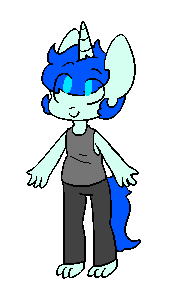 Talented mages, unicorns are naturally more adept at utilizing magic than most of their peers - with a single furred horn on their head, they have a secondary major pool of magic, allowing more casting with less gemstone usage. They oft take this skill to its extreme, encouraging work in medicine and technology, placing great importance on intelligence and education. They push their children to excel in schooling, and negotiating satisfactory University internships is an integral part of most unicorns' culture.

Despite being mischaracterized as aristocratic, uptight, or snooty, in reality they are easily fascinated by mundane concepts and boast a strong curiosity. As much of their career is spent on theories and abstracts, they can be cheered up with things as simple as a coffee machine.

Many end up dating pegasi, allured by the chance of an alicorn child - even if the odds are against them. The underground subculture between the two groups is a bit of an open secret. 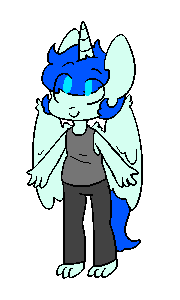 Alicorns are a genetic anomaly, created only when unicorns with specific pegasi heritage and genes mate with a pegasus. As their birth is relatively rare, they are not a unified people with a structured culture, and instead absorb parts of their parents' culture. Many find themselves preoccupied with activism and political work, often rallying on behalf of subjugated peoples, animals, or environments.

Despite not being capable of excellent flight and not boasting a magic pool larger than a unicorn's, many cultures consider alicorns to be signs of good fortune and venerate them. Oftentimes, they are made into the heirs of businesses or the public faces of estates. In addition, though base ponies are not required in the mix to create an alicorn, many consider alicorns to be a blend of all the "core three" pony races anyways. 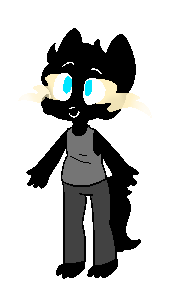 A shy and reclusive people, wisp ponies' bodies are entirely made out of a smoke-like substance which protects their fragile core. When spooked or in near-death situations, they can retreat their bodies into this core to protect themselves - as they are incredibly fragile. Things as simple as rivers, winds, and sun can threaten their lives, wiping away their smokelike bodies as if they were never there. Their habit of shrinking into their core also makes them liable to being kidnapped.

To this end, they tend to isolate themselves in secluded villages, wherein they live fulfilled lives of creating elaborate clothing for their 'families'. These villages are nestled in safe locations, distant from other civilizations, and may remain untouched for dozens of generations - as wisps do not need to eat or drink, and live indefinitely in these secret locales. 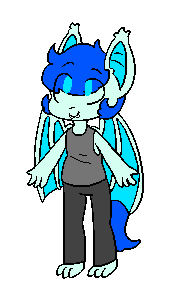 A nocturnal race, bat ponies' senses are extremely sensitive - capable of seeing with great clarity at night, hearing a pin drop several rooms over, tasting even the subtlest hints of spices, and feeling ghosts of touches that were nothing more than air. Though one may assume this grants them great skill, in reality it means they are often susceptible to sensory overload - and they thus prefer to keep mostly to themselves, in nomadic family units.

So removed from most societies are they that bats have formed their own language, unique from Common. Many of the ruins strewn across continents are of their own make, serving as temporary shelter as they migrated along ancient routes before they grew restless and moved on. Most colonies are protective of these structures and do not like anthropologists. 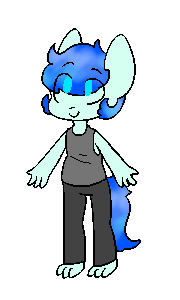 At a glance, iron ponies appear the same as their kin, the base ponies - save for a slight sheen to their coat and fur that glistens even when dry. However, their quaint appearance belies a powerful boon: they are completely unaffected by the poison-metals, and can touch them with no harmful effects. This coveted ability is often boasted through iron ponies wearing jewelry made of the poison-metals - making shaking their hand a genuine threat to most life within Numbers.

Many feel at home among geology or gemology, enjoying delving into caves or overseeing mine work. Their ability to handle gold means they are often employed in the destruction of gold mines when veins are uncovered.

When they die, their bodies decompose into minerals and gemstones, somewhat influenced by their eye/magic color. 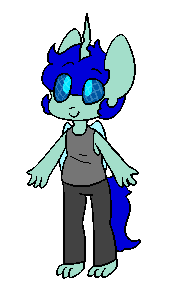 Underworlders are adapted to live in the dark, bearing muted palettes, large eyes, and bug-like wings on their back. Though not quite capable of true flight, their wings do buzz when pleased - typically when they are alone. They are highly asocial, preferring above all to avoid other underworlders and secondarily avoid large communities.

The largest groups they willingly interact with are typically churches or temples, which they are avid participants of. Nevermind their stereotype for being charismatic cheats, liars, and saboteurs.

They are sensitive to the sun - their large, insect-like eyes do better in low light, and their chitin-like plating burns easily in the sun. The plating has a layer of thin fur overtop, but does have a distinct texture compared to typical fur. The plates fall off individually over time as the underworlder molts and matures, but typically remain unchanged throughout adulthood. 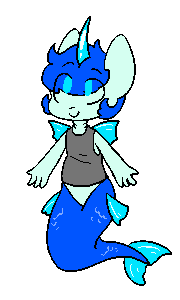 Vamponies are the only true aquatic pony, and typically live aquatic-only lives. They claim a body of water as their own, anywhere from pond-to-lake-sized, and decorate it heavily with mementos and sentimental gifts. Vamponies feed off of other's emotions - specifically positive. They eat the ambient magic leaked into the air when other people are pleased or happy, and do their best to make their living spaces beautiful and alluring to encourage wowed visitors. They have a powerful, hypnotic singing voice used to draw others in.

If well-fed, a vampony can temporarily shift into a form that has legs instead of a fish's tail. What each individual does with their land-time, as it's known, is wholly up to them - often considered deeply personal and private.

They are territorial against other vamponies and Zlimis, finding them to be competition for the local pool of emotions. 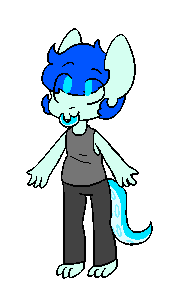 Tentacula are shy, loving, and mute, considered semi-aquatic - capable of living underwater without additional magic. At first glance, they look the same as any other pony race save for their tail - but inside of their mouth is a single large tentacle, which they use as an additional hand, positioning in sign language, and part of their reproduction through kissing. As a result, they are mute by default and speak solely through telepathy.

They are extremely affectionate and very open with showing it, often considered clingy by other people. They will go to extreme lengths for "their favorite people", and desire to be in their presence constantly. Many lack ideas of personal space or boundaries, and are also generous to a fault or are overly welcoming. It is not difficult to earn a tentacula's trust - but if broken, forgiveness is rarely - if ever - an option. The act of betrayal must be beyond the pale for one to give up on a favored friend.