Rare races are usually found in small quantities in universes. Of course, depending on overall population, this can be as little as a tiny handful of individuals, or as "large" as roughly several hundred thousand. Though the rare races are differentiated from the Other Races here for clarity on population, they are often considered part of the same overarching group in-universe. 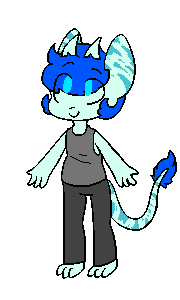 Though often mistaken for Giraffe, Okapi's stripes are indeed different - covering the sides of their ears to the tip, their tail, and their thighs; the two horns on top of their head are covered in a layer of velvet. Okapi are staunchly monogamous, spending their entire young adulthood searching for the perfect partner, and seldom remarry if they become a widow. In addition, they almost always have Okapi children even if their partner is of another race.

Beyond their interest in romance and dedication to their partners, however, Okapi have a powerful boon - their vision is naturally attuned to the conceptual plane, and they are constantly reading concentrations of ambient magic like an infrared camera. This means they are capable of sensing subtle magic use, seeing through illusion spells, and discovering the presence of higher beings. Many Okapi wear corrective glasses that give them "normal" vision (or as close as it can be approximated) in day-to-day life.

Of the rare races, Kirin are the scarcest by far - born only through the rare event of spontaneous sentience, wherein an object attains a massive amount of magic quickly and achieves personhood. Kirin are born into the world as young adults, already bequeathed with Common Knowledge, and must forge their own paths isolated and alone. Many pick up the traits of the people and cultures around them, and in private cherish their cores - the object that they once were, which became their heart upon birth.

Kirin all have the same bodytype, which makes them identifiable to other Kirin at a glance - three horns on the head (one center, two aside), a long, thin tail with a fur tuft at the end, and wings with leathery insides and feathered outsides. However, their rarity means that most non-Kirin fail to recognize them, or believe they're a myth. 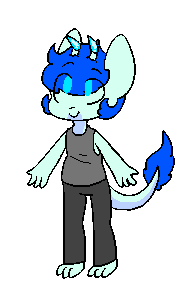 Onager are the most common of the rare races, and appear deceptively average at first glance. Their only defining features are the darker colors of their belly markings and two antennae on their heads. Underneath their kindly exterior, however, lies a powerful alternate form - often monstrous in shape and enormous in size, this werewolf-like form emerges during times of high emotion, danger, or stress. Each form is uniquely personal to a particular Onager, though they are often universally embarrassed when they "regress" to it, and dislike how it inhibits their rationality and sense.

In general, Onager prefer not to discuss their forms, and though they are loners, they are grateful for any company or affection. Many enjoy engaging in open and/or poly relationships, and generally approach most people out of romantic interest. 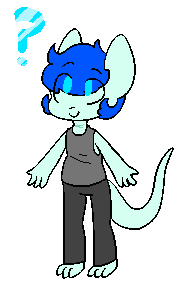 Dullahan can have the physical traits of just about any other biped race, but universally have a darkened line over their necks - which many cover with makeup or magic. This giveaway is also the hallmark of their ability: to detach their heads, and to control other objects. They each have a "shape" associated with themselves, and can summon several of these shapes (after practice) that can be used to "control" objects - for example, to induce a washing machine to work faster and better, or to type at a keyboard while they cook.

They are energetic and robust, taking great pride in what they've accomplished and boasting about them if given a chance. They often are accompanied by a posse dedicated to doting on or dating them.

Specifics of their power are explained here, but the image is old and needs to be touched up.